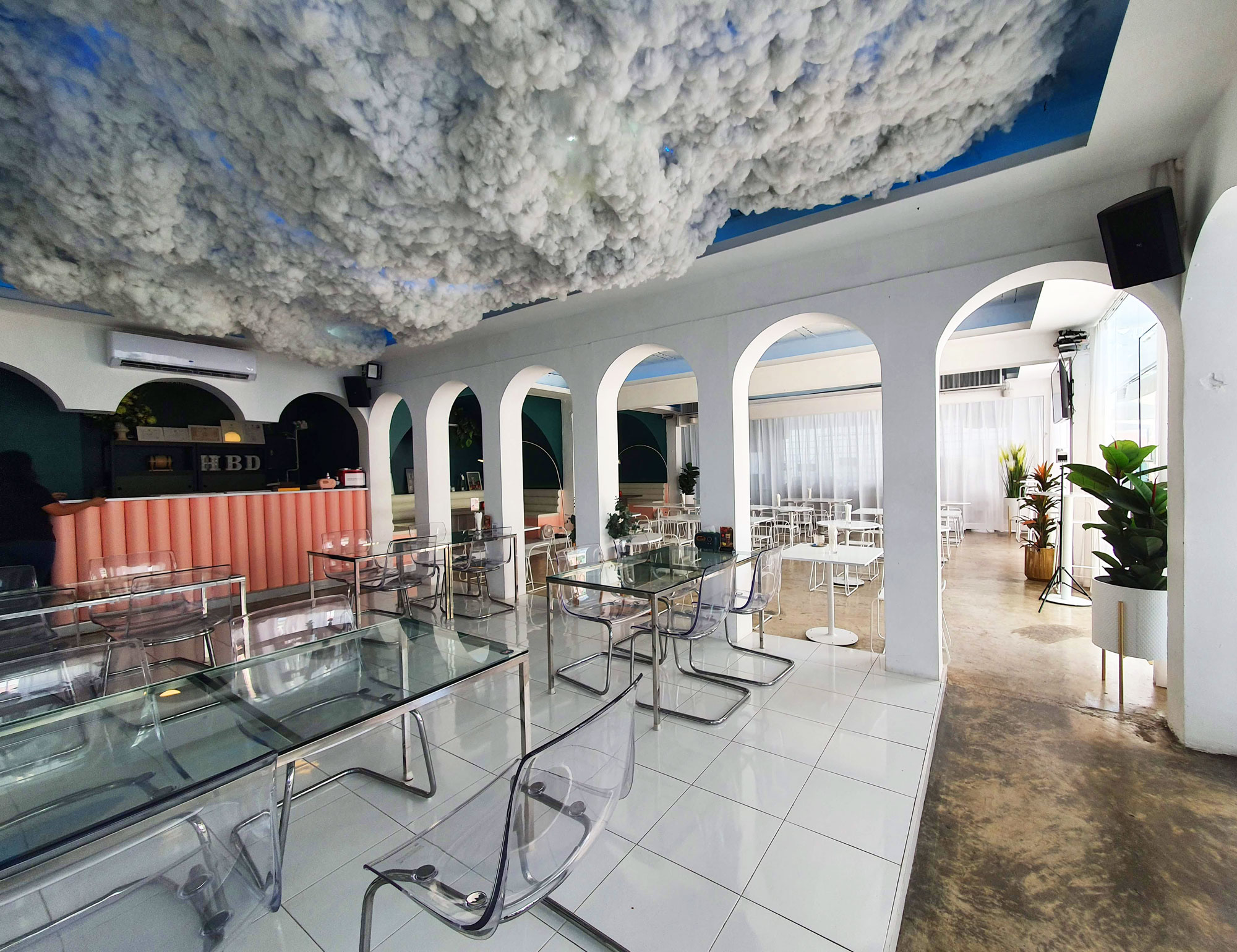 Once you walk into this place, it makes you wanna “play”, whether it be on the playground type objects around the building or on a video game once you take a seat in the pacman room on the second floor. A very interesting concept from these guys and for a word/place that’s often related to children (playground), the place has some real “class” to it (so climbing over the stairs and other objects around the building might make you look….well…a little outta place. But hey…go for it I say).

The place has a huge downstairs area with basic style seating and chairs inside (around 14 tables, each seating around 4 people). Then they have a couple of booths like you’d find in a 60’s American diner which would also seat around 4 people each . Then there are a few tables with sofa type seating in a boxed off little area to the side that also seat around 4 people each. There’s also a large outdoor area which would be pretty popular for an evening I’d imagine, particularly with all the fluro lighting around the outside of the place.

I took a quick tour upstairs as they have 4 rooms that each have a different theme (Flamingo, Pacman, Vintage and Minimal), however the theme based rooms were all closed off. There was a sign saying that they opened only in the evening, so this was probably the reason for this, but it’s possible they’ve been closed off semi permanently due to the covid lockdown measures that bars and restaurants are being faced with at the moment.

I came here after seeing a photo of their Phad Krapow pizza on Facebook. I’d seen photos of the place pop up here and there on facebook, but mainly of the place (the building and outside area etc.) and not of the actual food. I thought this place was mainly a spot to have a cocktail or beer of an evening, but not a place to sit and have a decent meal. Boy was I wrong!!! Even after seeing the photo of their pizza and a few other things like french fries etc. I was still under the impression that this was just bar/snack/share food you could order while having a drink with a friend.

After sitting down, they presented me with a couple of different drinks and food menus…the selection and variety was HUGE!!! Maybe too much, because I was a little overwhelmed and wanted to try at least 50% of the menu, but that just wasn’t possible, so I had to prioritise and choose only a few of my favourites and save the rest for my next visit (or next 3-4 visits to get through the whole menu). There was a good selection of both foreign and Thai dishes, and considering I was here with a Thai friend, we decided to mix it up 50/50, so a couple of foreign dishes and a couple of Thai dishes.

So here’s what we ordered.

A lot of flavour and quite filling as they loaded the soup with a heap of mushrooms and good amount of seafood. There’s not much more I can say about this dish other than it was quality and a good serving, and around 170 baht.

Now this was impressive, just as I was expecting from the photos I saw on Facebook. The base was done in a different way to most places…thin…I mean super thin and very crispy. The topping was generous, both the pork, and the cheese, in fact, if there were one thing I could say negative about this pizza (which there isn’t), it’d be just a little too much cheese. I was happy with the pizza alone (I ate all of it), but I was a little piggy tonight and had to dig into everything else we ordered too. The Phad Krapow Pizza was around 260 baht….less than what you’d pay Pizza Company for the same portion. Nuf said.

Another generous portion dish with quality seafood. By quality I mean not the tiny shrimp, calamari, and muscles you find in a frozen seafood store…we’re talking fresh, good size and tasty pieces of seafood. Just take a look at the photos and you’ll see what I’m on about.

Spring rolls were served in a different way to what you’re probably used to. The whole standing upright in a glass I’ve seen before, however the sauce was actually in the base of the glass (rather than separate), so you have to have at least one bite with the sauce…but you’ll probably be dipping in it some more as the sauce is a good match for the spring rolls.

I should also note that they have photos of most of their food (their food photos, not stock image photos), so this really helps when making your choice from their menu.

I saw that this place opened at 10am in the morning, and that their menu had a good range of coffee, so I figured I’d stop by for my Saturday morning coffee here as well.  It’s a lot quieter of the morning, so your selection of seating is basically all yours…choose where you want.

Coffee was pretty good, not up there with my top 5 coffees in Udon Thani….but still good and much better than a lot of places around town. 65 Baht you’ll pay for a coffee here and have a space to chill out in with good WiFi, and powerpoints as well should you need to charge your phone or notebook.

Fresh! Fresh! Fresh! By Fresh I mean it didn’t taste like they were loaded with the liquid cane sugar or sweetener that other smoothies are. From the taste it seemed the sweetness came from the natural ingredients and yogurt and were a good sweetener to whole dining experience. The smoothies were around 80 baht. 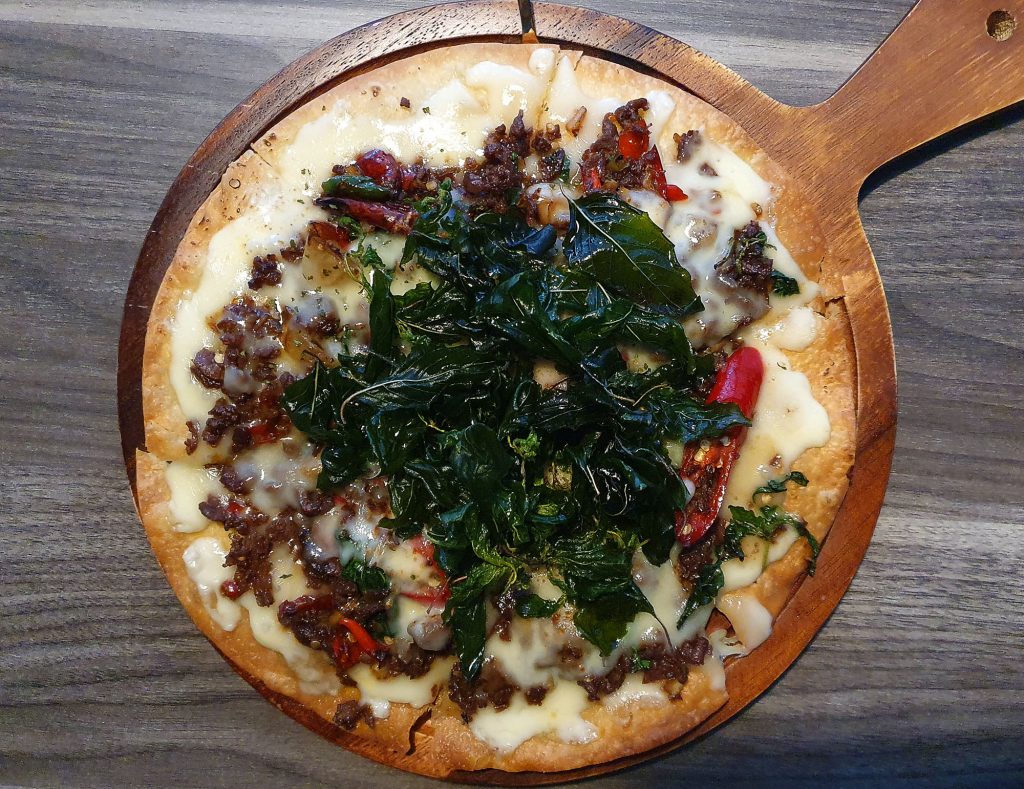 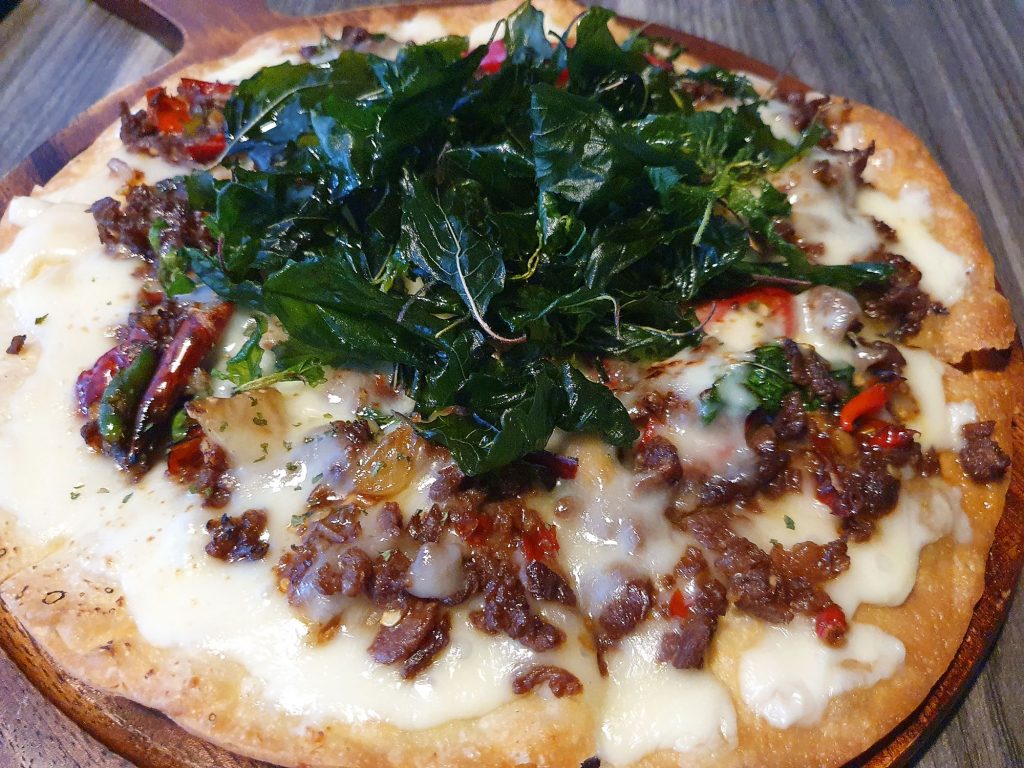 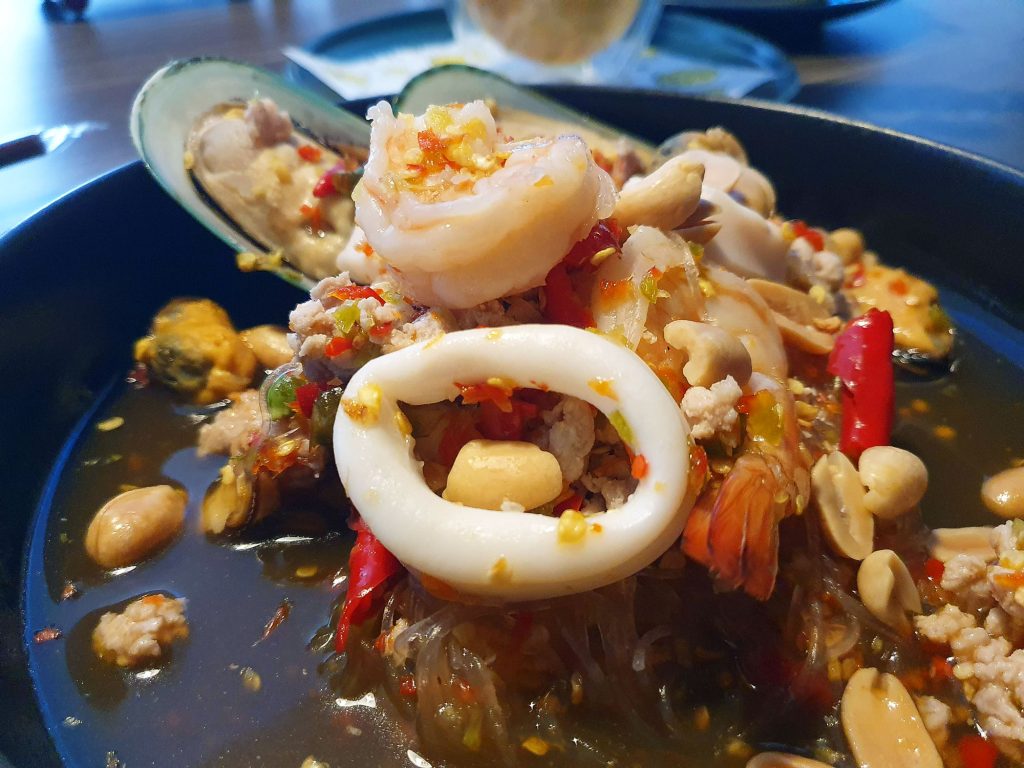 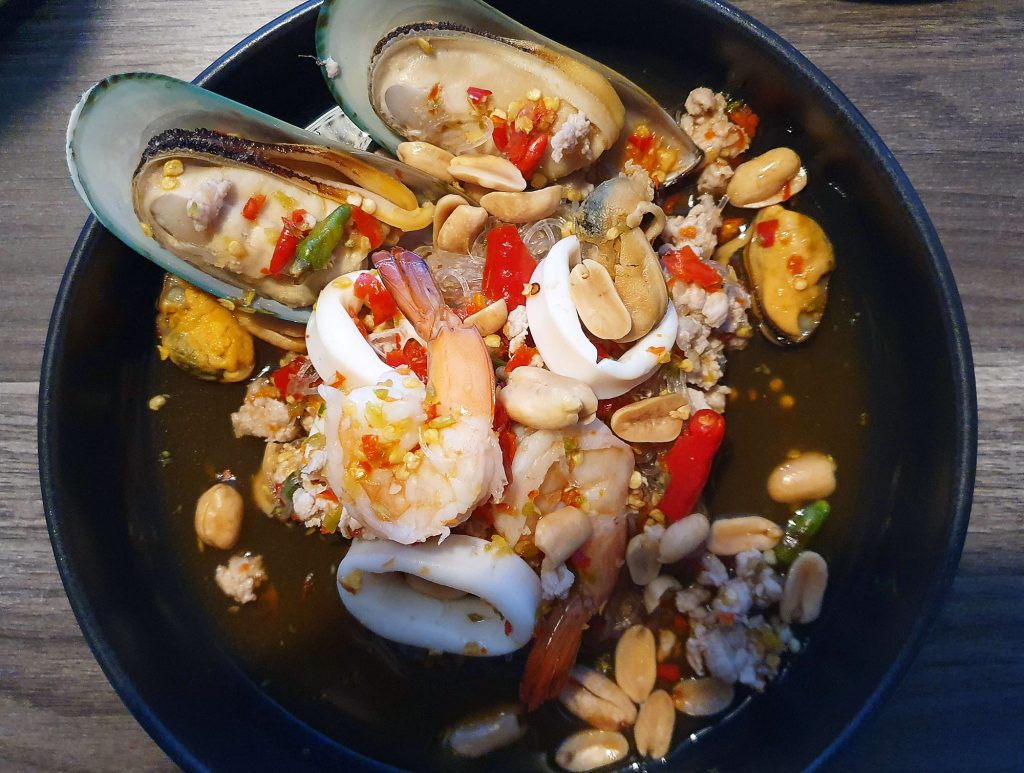 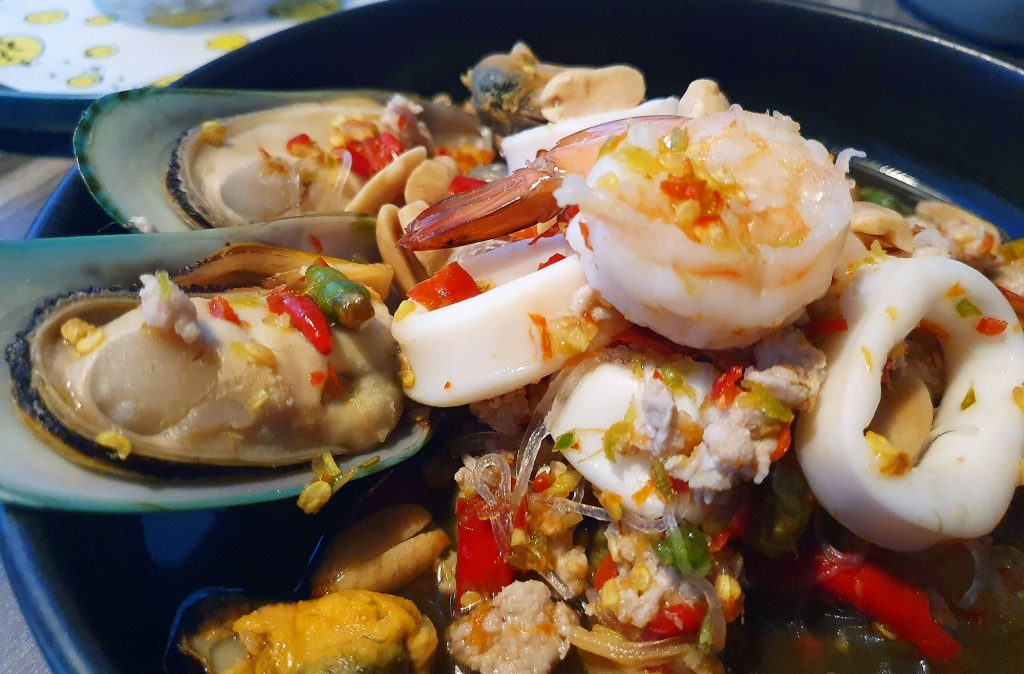 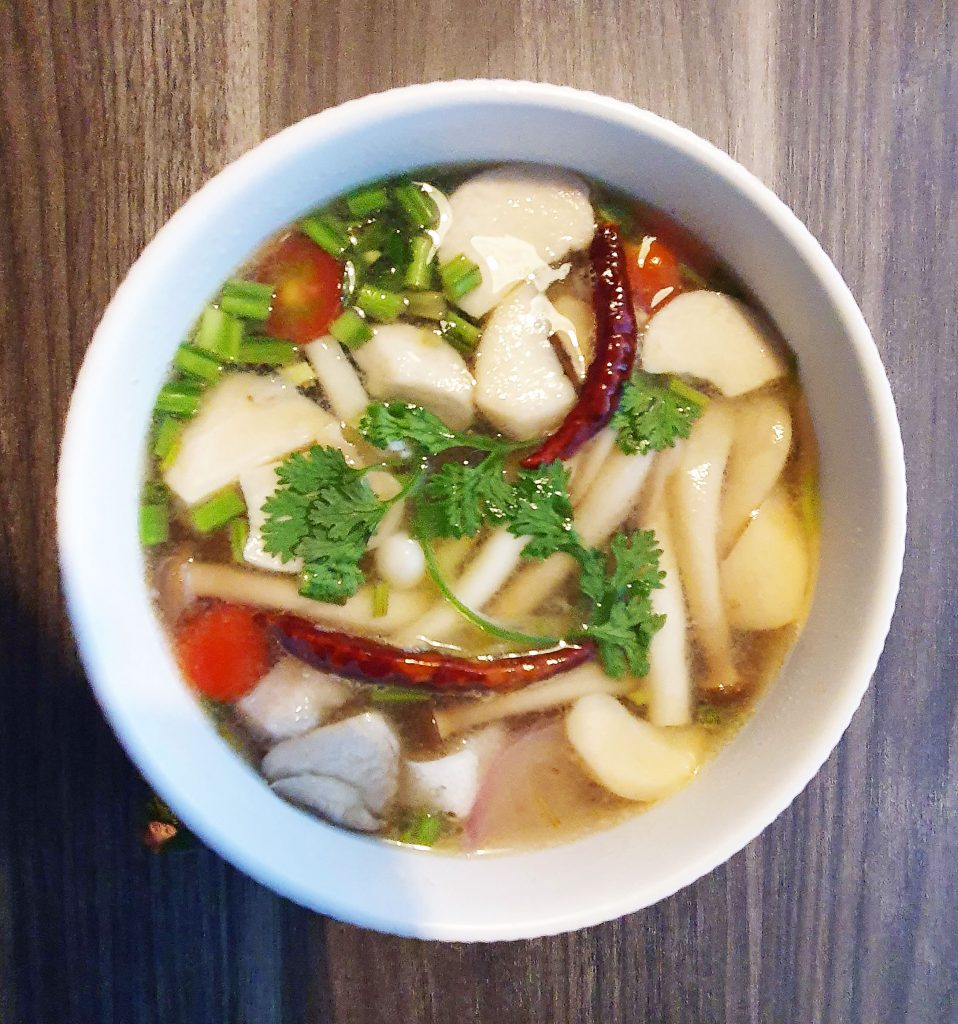 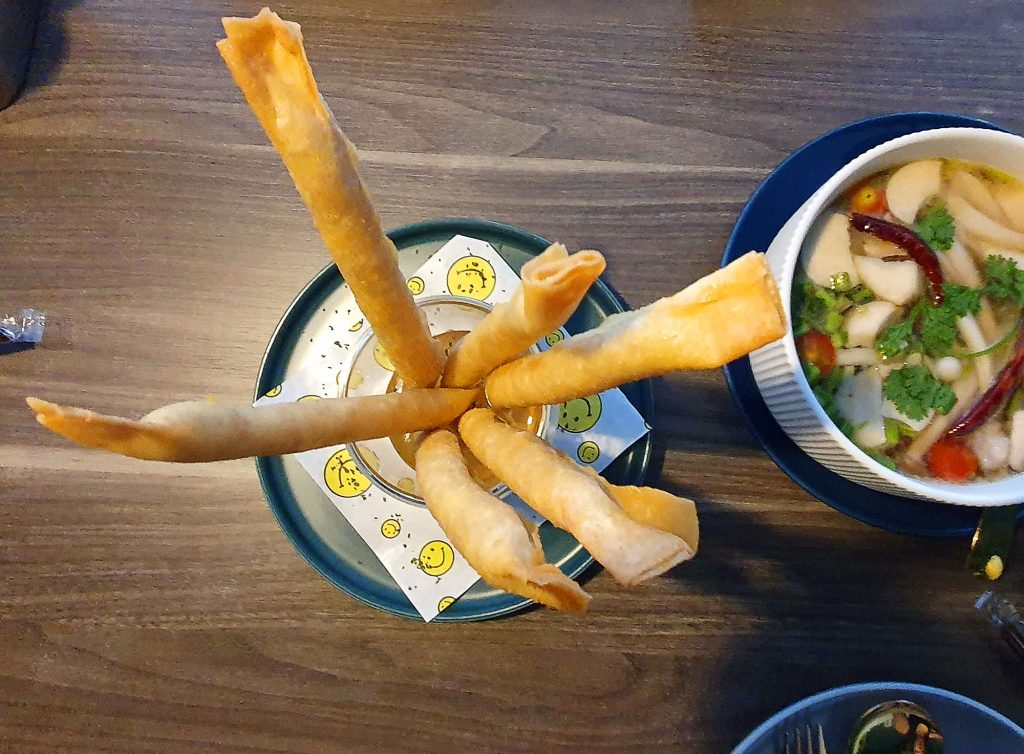 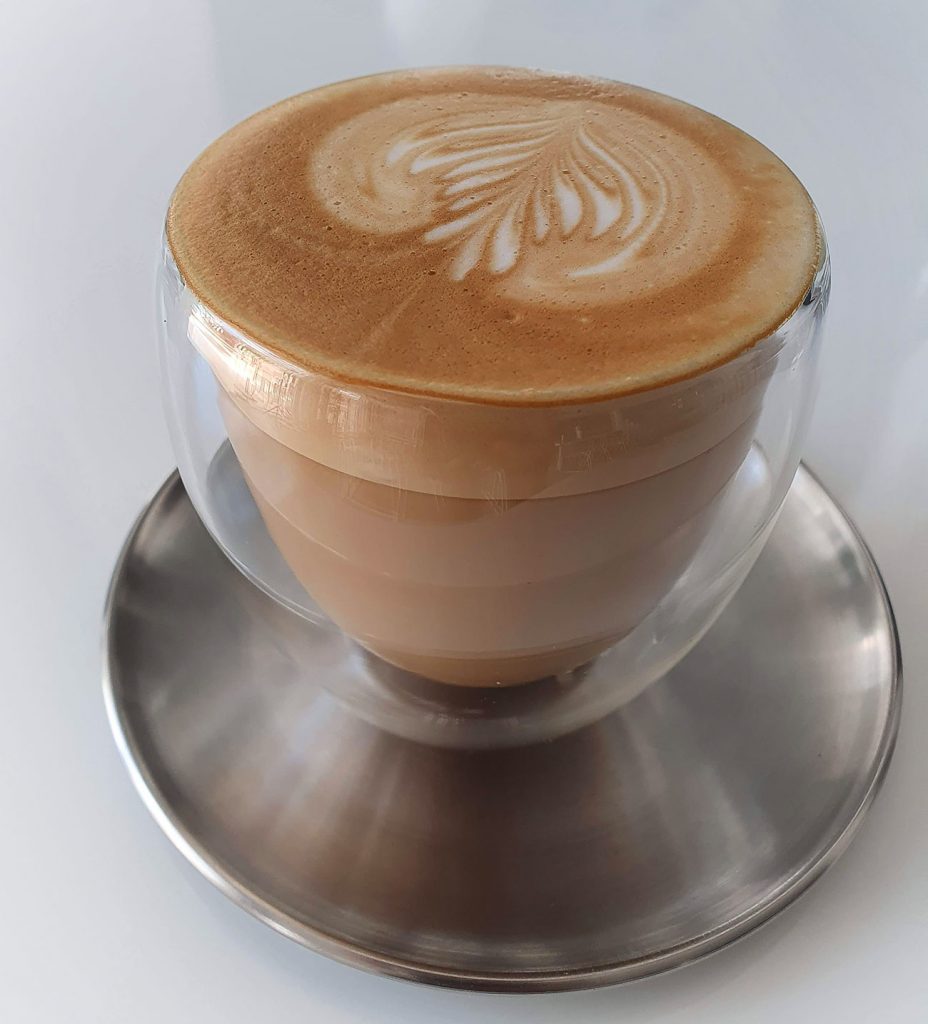 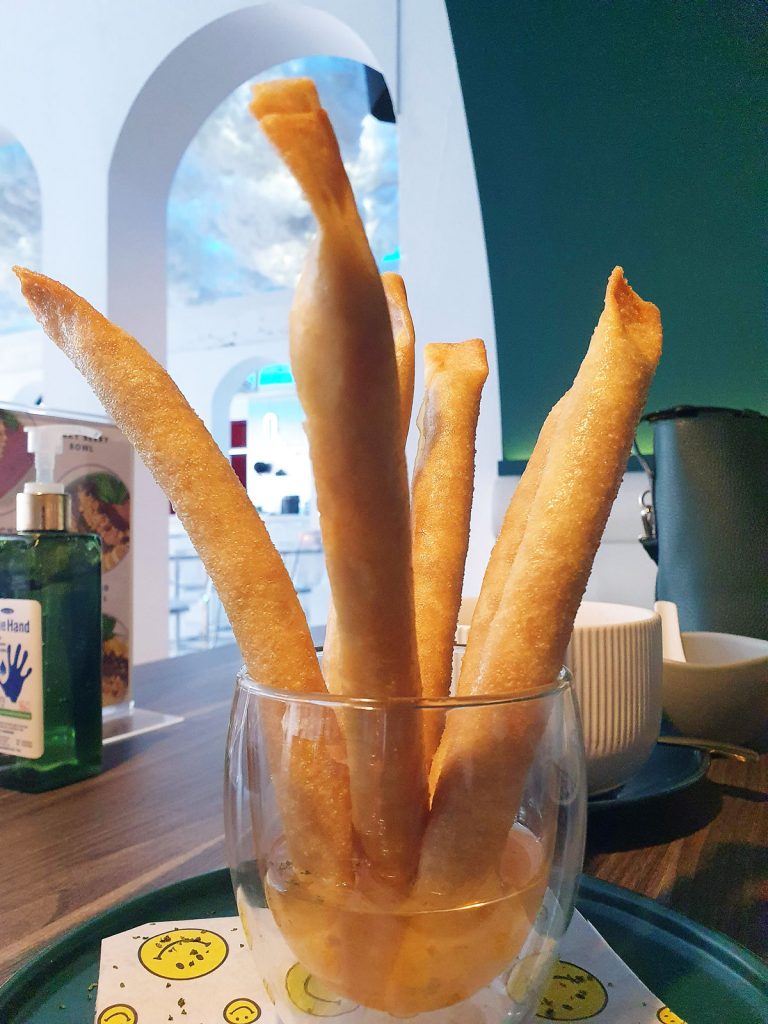 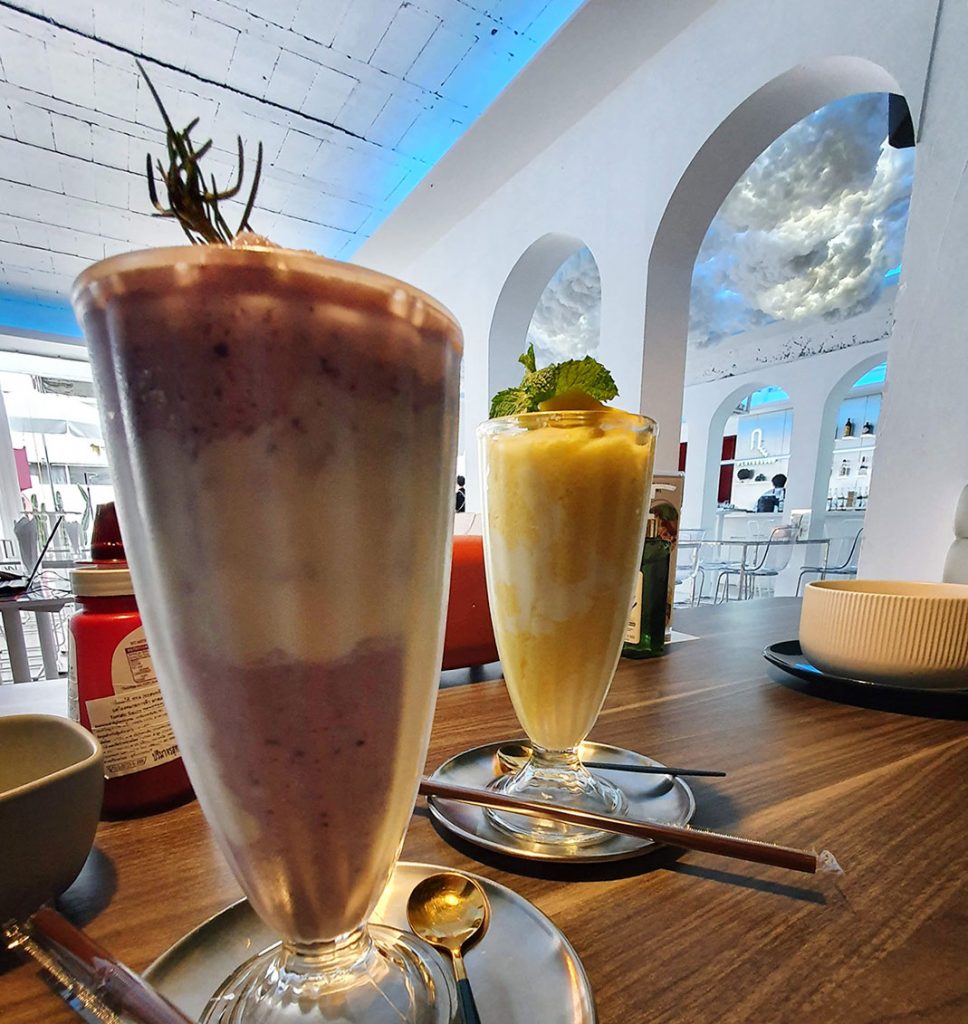 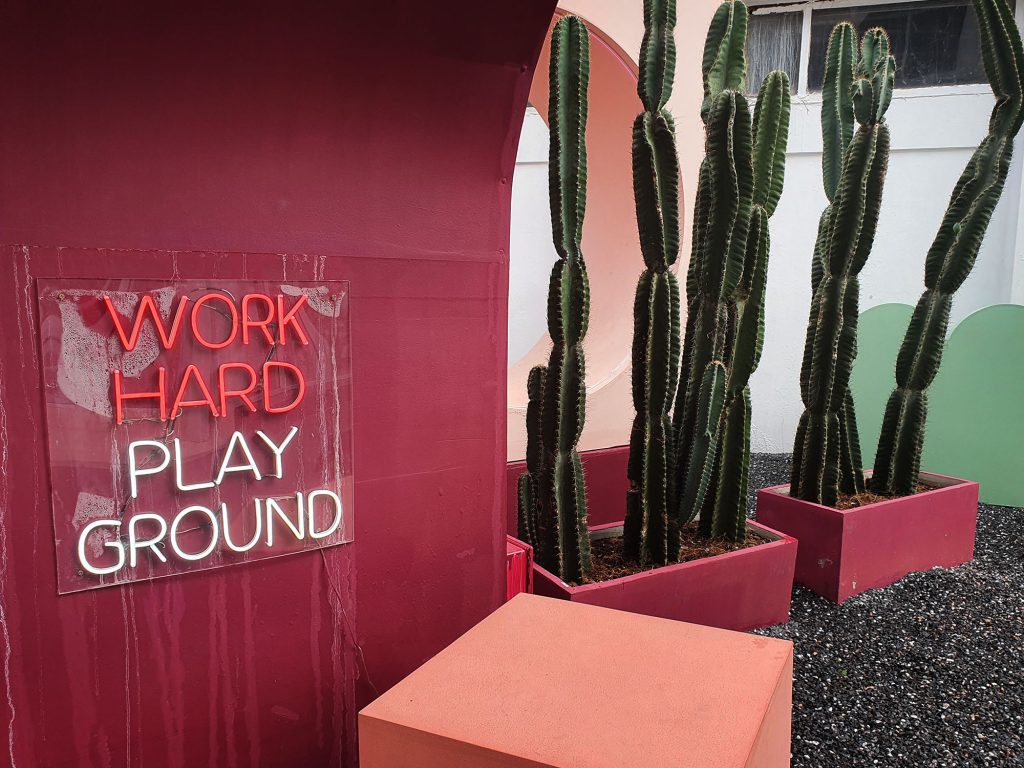 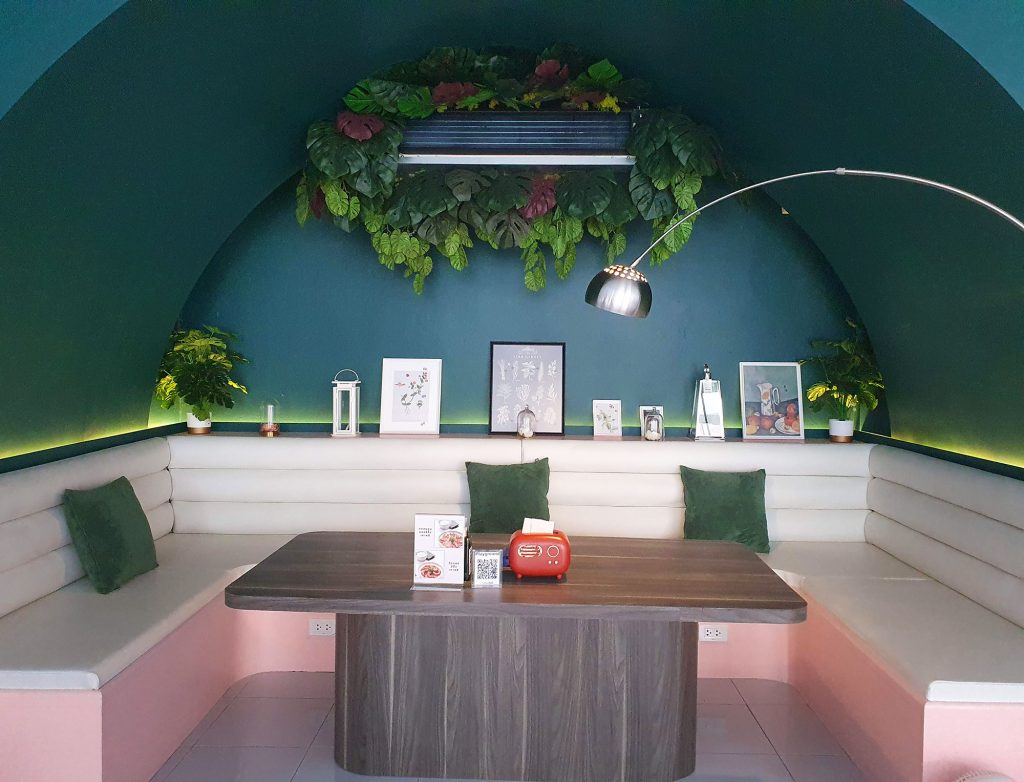 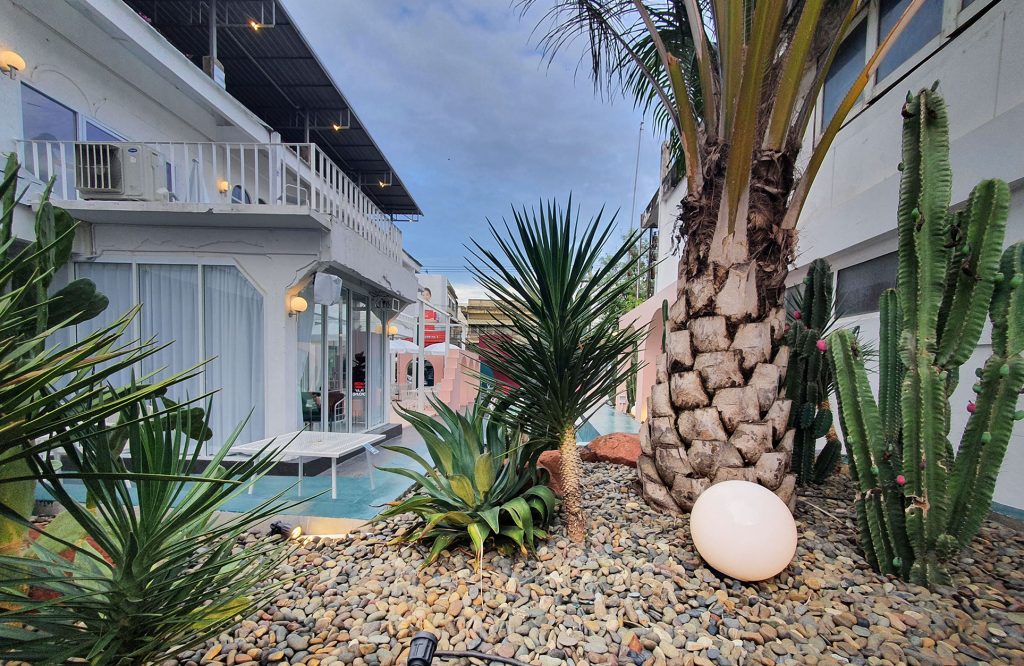 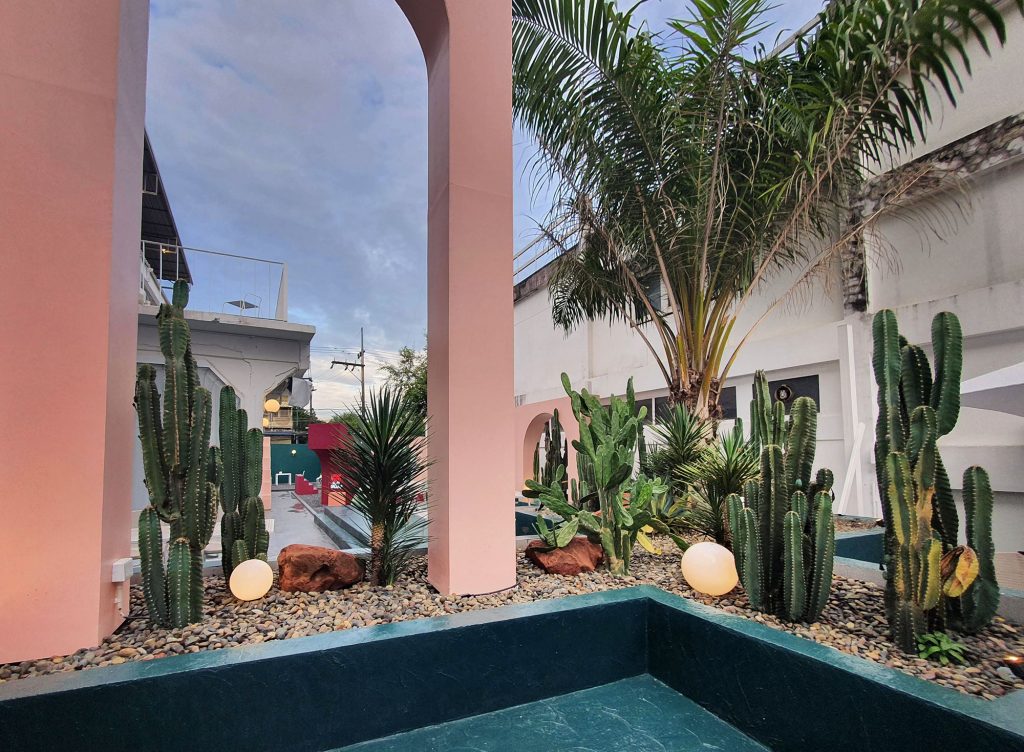 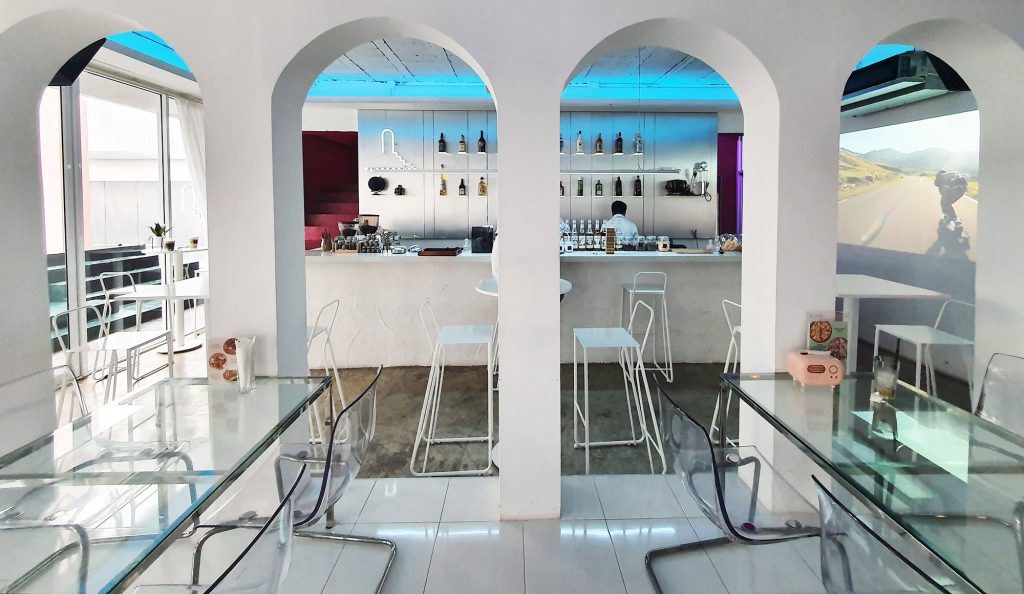 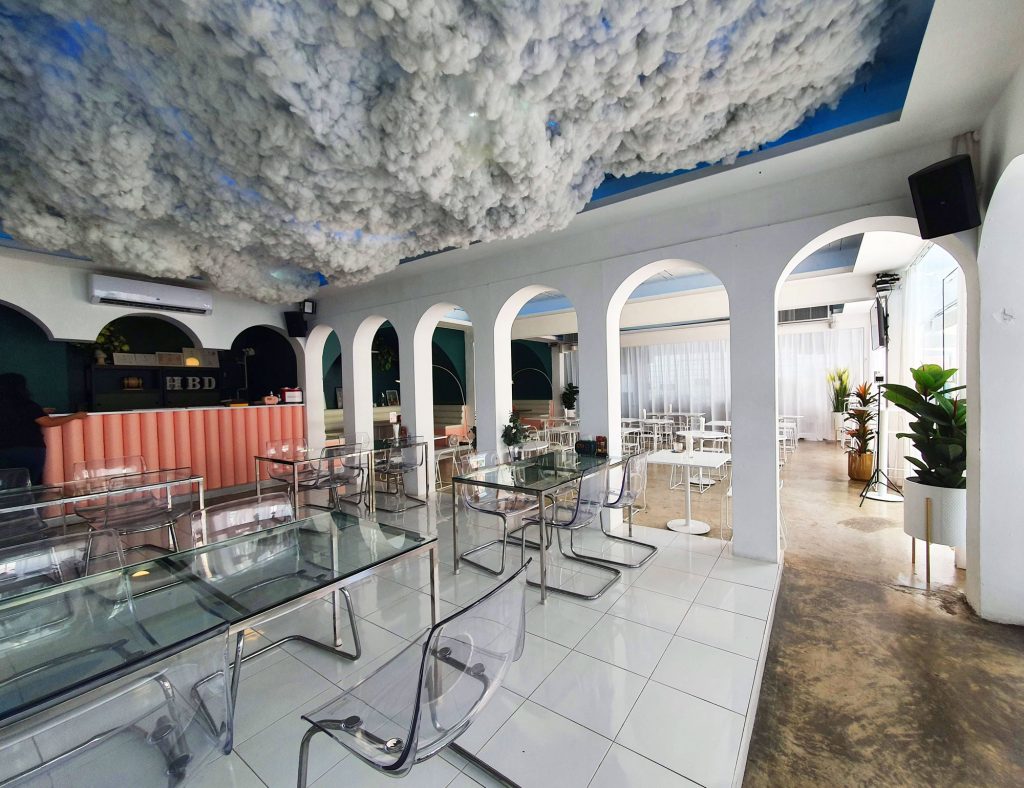 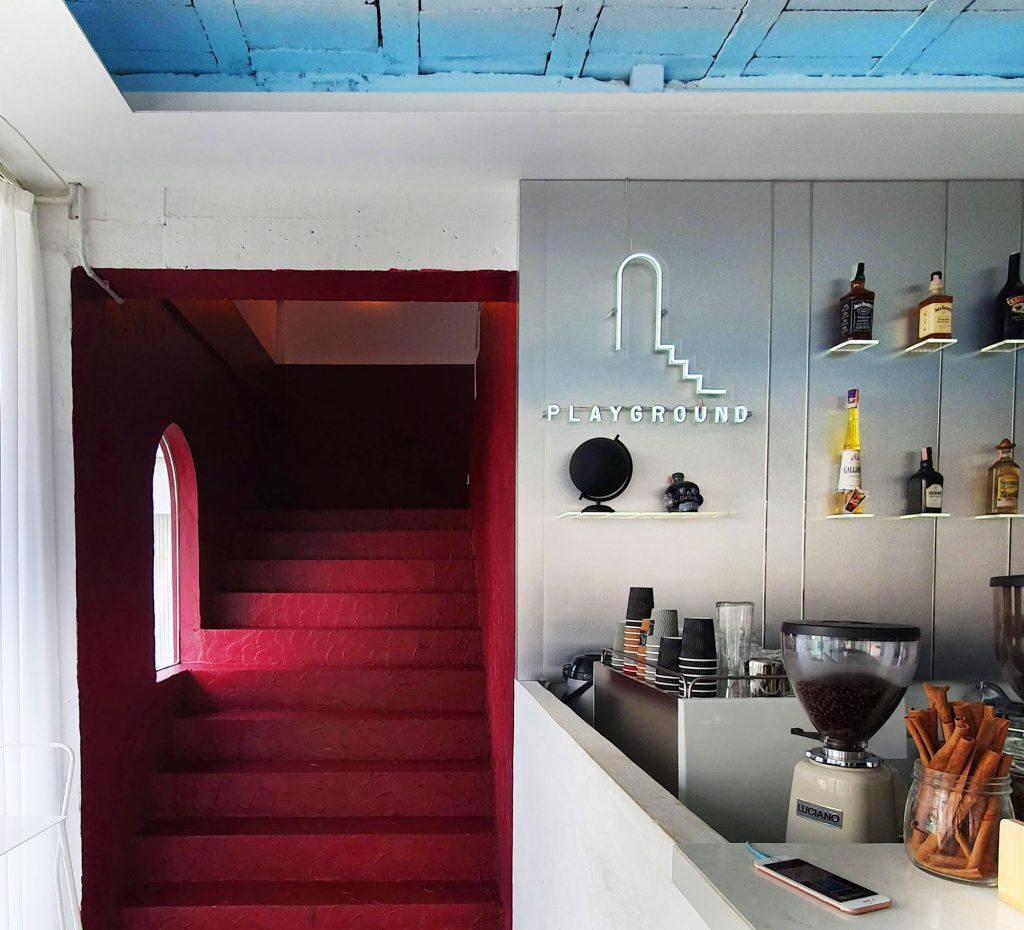 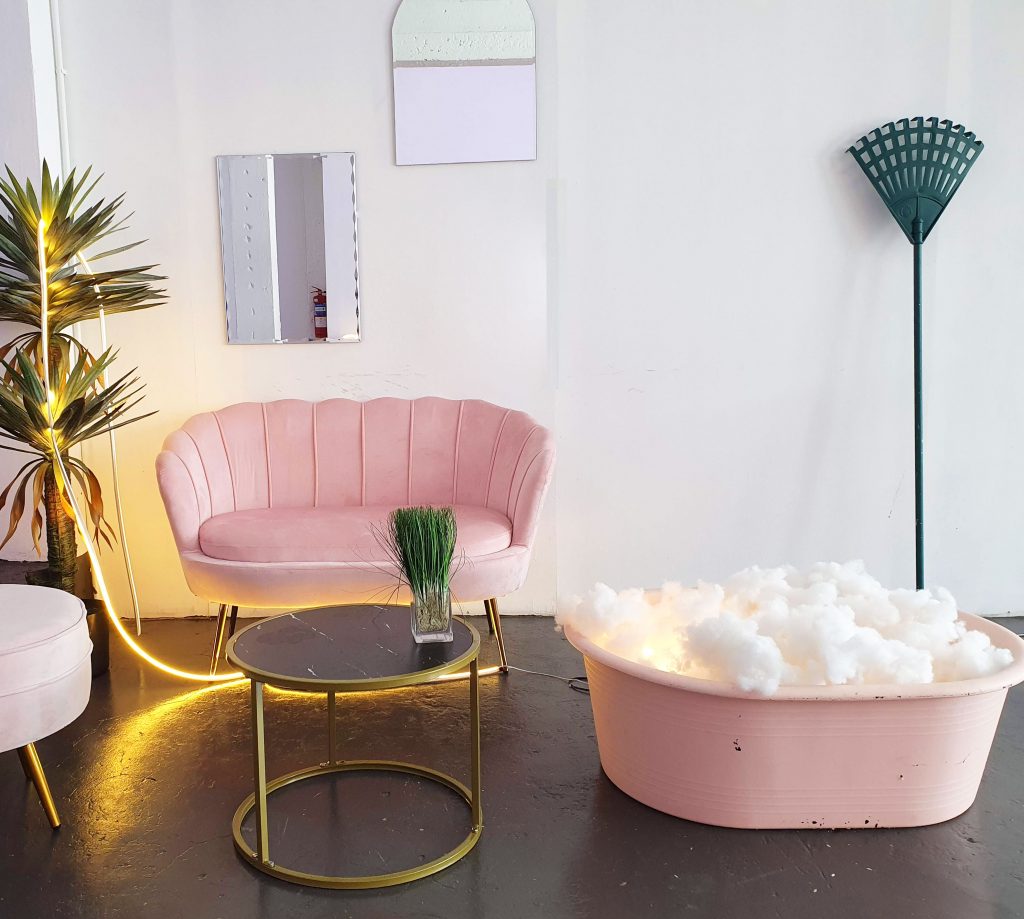 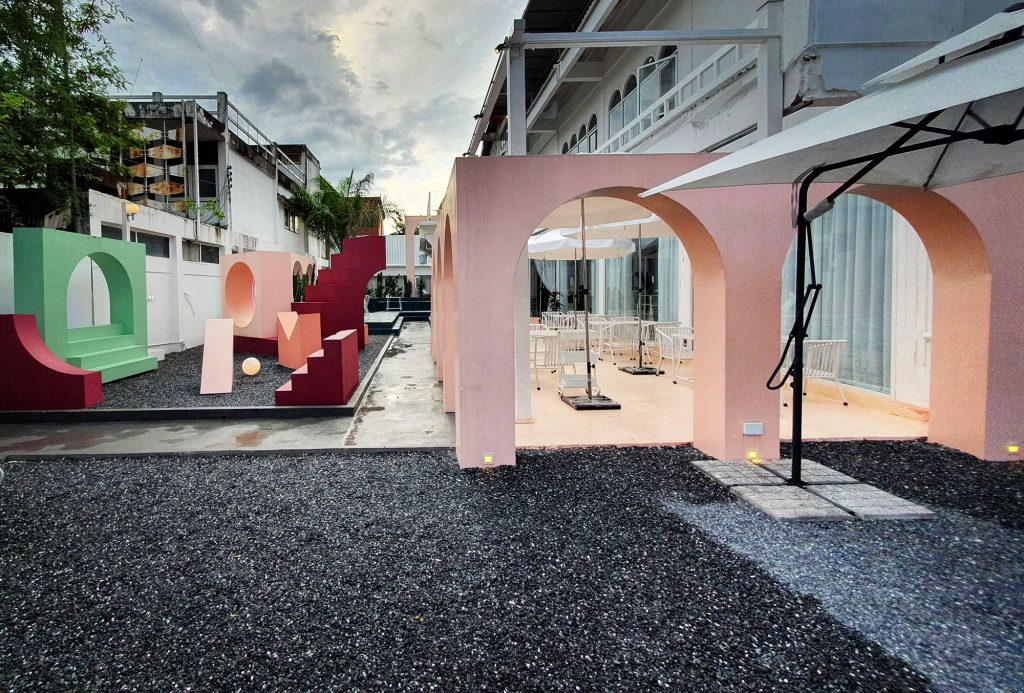